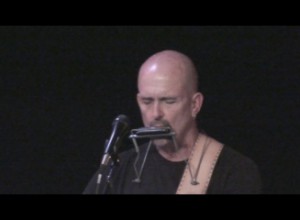 As of March, 2011, his new CD was in the top ten on the Folk charts and within the top twenty on the Americana chart and rising! Perhaps this rarely seen side of the southern working class culture has found its time, with Grant as its most melodic spokesperson.

Grant recently celebrated the release of his new CD (or as he says “Record”), Okra and Ecclesiastes (on Gatorbone Records, produced in Austin by Gurf Morlix) at a CD Release Party in Tallahassee for his favorite fans and supporters . . . and we were there to get some video for you.

Grant Peeples – Folk/Americana singer songwriter from Wakulla County, Florida. Released Okra and Ecclesiastes CD in February, 2011. Here’s some video of the CD Release Party in Tallahassee featuring several of the songs from the CD.

For more info or to buy his CD, see GrantPeeples.com

We help you find legitimate, legal, promotional mp3s offered for free download from great new artists (and established artists also). Find out more and see what we have available now: Free MP3s